When we get animals in, like the ones below, we look to a special fund to help save them, our Angel Heart Medical Fund. This fund goes to one cause and one cause only, taking that extra step to care for the specific medical needs of our animals. Without your support these pets would have to be turned away. Who knows the fate that they would have suffered without your help? Please help us to help them. 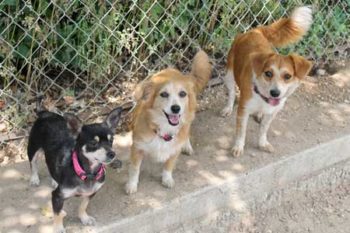 Before & After: The Heartbreak Club

Only a lonely heart knows how heartbreak grows and grows. How long does it take before the heartbreak goes? You do not know what pain is until you have been there. Loretta Lynn, Emmylou Harris, Dolly Parton and Minnie Pearl can ALL sing a song of heartbreak because they have been there. These pups have been through so many heartbreaking changes in the last few weeks.

Their owner passed away recently. Since the family did not wish to keep them, they were taken to a local shelter. Time was their enemy at the shelter, and they faced certain death due to overcrowding. These four little girls had no chance, until they were saved from euthanasia within seconds of their lives by a wonderful volunteer. Three of these wonderful dogs were high-heartworm positive, and needed to be spayed.

Fuzzy Friends Rescue reached out to help these little ladies make their way to a new place in this world. We healed their broken hearts with love and care. With your help, we were able to give all three girls the treatment needed to rid their bodies of their terrible heartworms. We have had a record number of heartworm positive dogs pass through our doors, and it puts an immense weight on our financial resources.

Loretta Lynn, Emmylou Harris, Dolly Parton, and Minnie Pearl are still available for adoption. Click on their names for more information about how to adopt them. 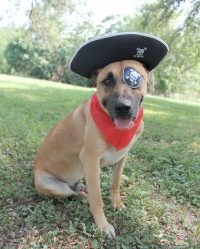 The staff at Fuzzy Friends had seen and heard about a dog running loose in the area. He had been spotted running around the dam and through the soccer fields. Animal Control was called in to help catch the dog, but they were unable to do so. One day, an employee thought they might have seen the dog in the soccer field. Determined to catch this poor soul, the staff sat out a live trap.

Luck was on our side. The hungry, helpless dog found his way into the trap baited with food. It was a cold and rainy day, but it would be his last outdoors for a long time. When the staff returned to the trap, they were elated to see that they had caught him. Their joy was short lived. The dog needed help.

He was rushed back to our facility and immediately checked over. This amazingly sweet dog was starving to death. He was lovingly given the name Marvin. Marvin was sick with hunger, ridden with parasites, and worst of all, tested positive for heartworms. He could hardly stand and needed help walking. He was shy and hesitant around humans, but he never tried to bite. Marvin needed medication for his anemia, caused from his hookworm, flea and tick infestation, and bloodwork to check for underlying infections or illnesses. Medications were needed for deworming, to control the hookworms, roundworms and whipworms. Lastly, Marvin was treated for his heartworms, which is both costly and dangerous.

It took time, love, and a lot of medical attention to get Marvin back to healthy. 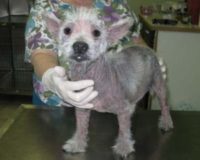 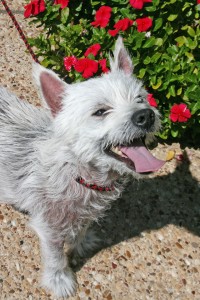 Lost, scared and alone, a furless dog roams the street looking for a home. She is sick and needs medical care, but no one stops to help her. The dog wanders onto the lawn of a good citizen who extends a helping hand. The woman takes the dog to Fuzzy Friends Rescue on June 30, 2011 in hopes that they will be able to help her.

When Sunshine, a one-year-old West Highland White Terrier, came to Fuzzy Friends Rescue, she was diagnosed with a horrible yeast and bacterial infection that covered her whole body, including the inside of her ears. The yeast infection caused her to lose all of her hair.

Sunshine began receiving antibiotic treatment for her skin, as well as ear medication and medicated baths, and she slowly began to regrow her hair. After 8 months of medical treatment at Fuzzy Friends Rescue, Sunshine was adopted. She is adored by her adopted family and the queen of her castle. 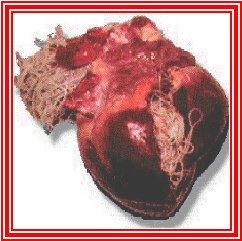 Heartworms, if left untreated, can ultimately lead to death.

Your support of The Angel Heart Medical Fund makes it possible for us to save the lives of many animals in desperate need of costly medical treatment. You WILL be giving them the second chance at life that they so greatly deserve. These little lives will bring so much devotion and love into their new adoptive homes. This is a great example of people helping animals and animals helping people. 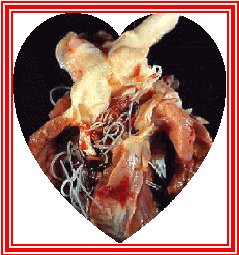