Just Be-paws We Love You

We love it when our adoptive parents stop and think of us. Updates are always appreciated, and we never get tired of hearing about how well our animals are doing in their new homes. If you have adopted from us, please feel free to share the success of your pet. We would love to hear from you. Contact us at ffr@fuzzyfriendsrescue.com with your stories and photographs, or tag us on social media. 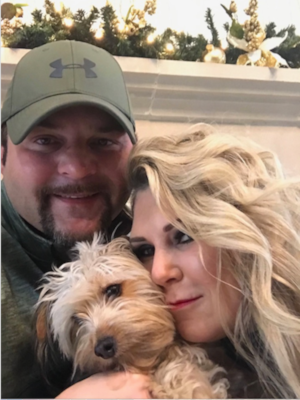 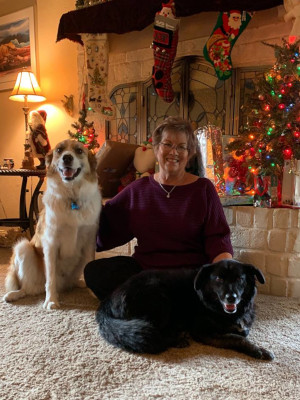 Wooley Booger (the red and white boy) was a definite staff favorite due to his outgoing, affectionate personality. He seemed to get along with EVERYONE, but was having a hard time getting adopted due to separation anxiety.

After being with us well over a year, he caught the eye of someone who turned out to be his angel. She had lots of questions, but more importantly showed the ability to commit to working with him. It wasn’t easy – like many dogs who have spent a long time in a shelter, Wooley had some quirks pop up at home that we never would have expected. His new mom took it all in stride! She continued to communicate with us to fix the problems that arose, and has been delighted at the progress he is making. 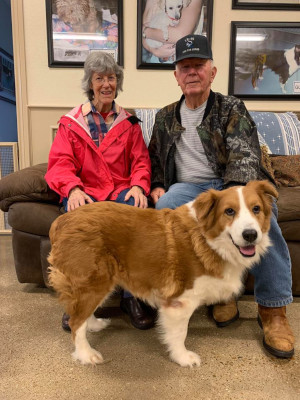 Sheila is one of those dogs who makes everyone feel better just from being around her. She is so calm and loving, you can’t help but smile when you see her.

Sheila sadly had heartworms when she came to us, but she flew through her treatment like a champ. She had a couple of weeks left on her crate rest when something amazing happened. A gentleman and his wife happened to be driving by and decided to stop, to see the dogs we had available. Their longtime companion had recently passed away and they were having a difficult time finding a new dog.

The gentleman came in by himself; his wife was having a particularly hard time adjusting to the loss of their old dog and was not feeling up to looking. He described what he was looking for, and immediately we knew it was Sheila — who happened to be sitting in the lobby! He came in, took one look at her, and tears welled up in his eyes. We brought Sheila out to meet his wife in the car, and he told us later that she brightened up in a way he hadn’t seen for months. They were more than happy to wait for her treatment to be finished and even came to visit her until she was ready. There wasn’t a dry eye in the place when she finally went home! 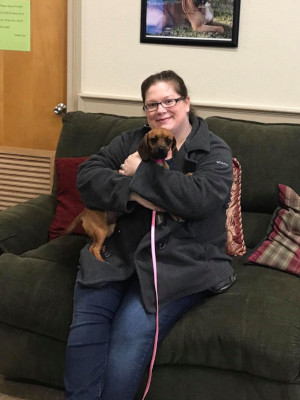 Julie sure was popular! Her new family is over the moon to have been chosen to adopt her. 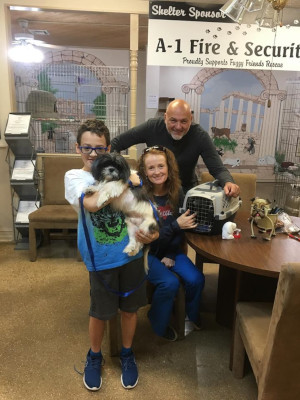 They couldn’t decide on a dog or a cat, so they adopted Chewy and Gatsby! 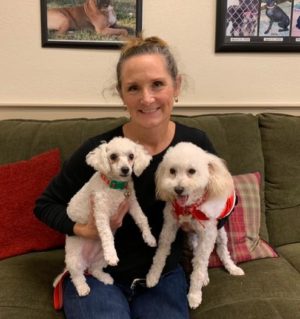 Y’all may recognize Queenie (right) from our Mother’s Day Mailer – she has converted her mom into a Poodle junkie, so they came and adopted Frita (now Lovey) to complete the family!

We were waiting a while to post this amazing news – our longest stay residents, brothers Franklin and Montgomery, have found the perfect mom! After 3 years of life in a kennel, we knew adjusting to being in a home again could be rough.

Thankfully, their mom is a patient woman and today they are all thriving! Mom called this morning, telling us, “They’re the reason I get out of bed in the morning.” They feel the same way, and follow her everywhere. You know, they were waiting to find each other.